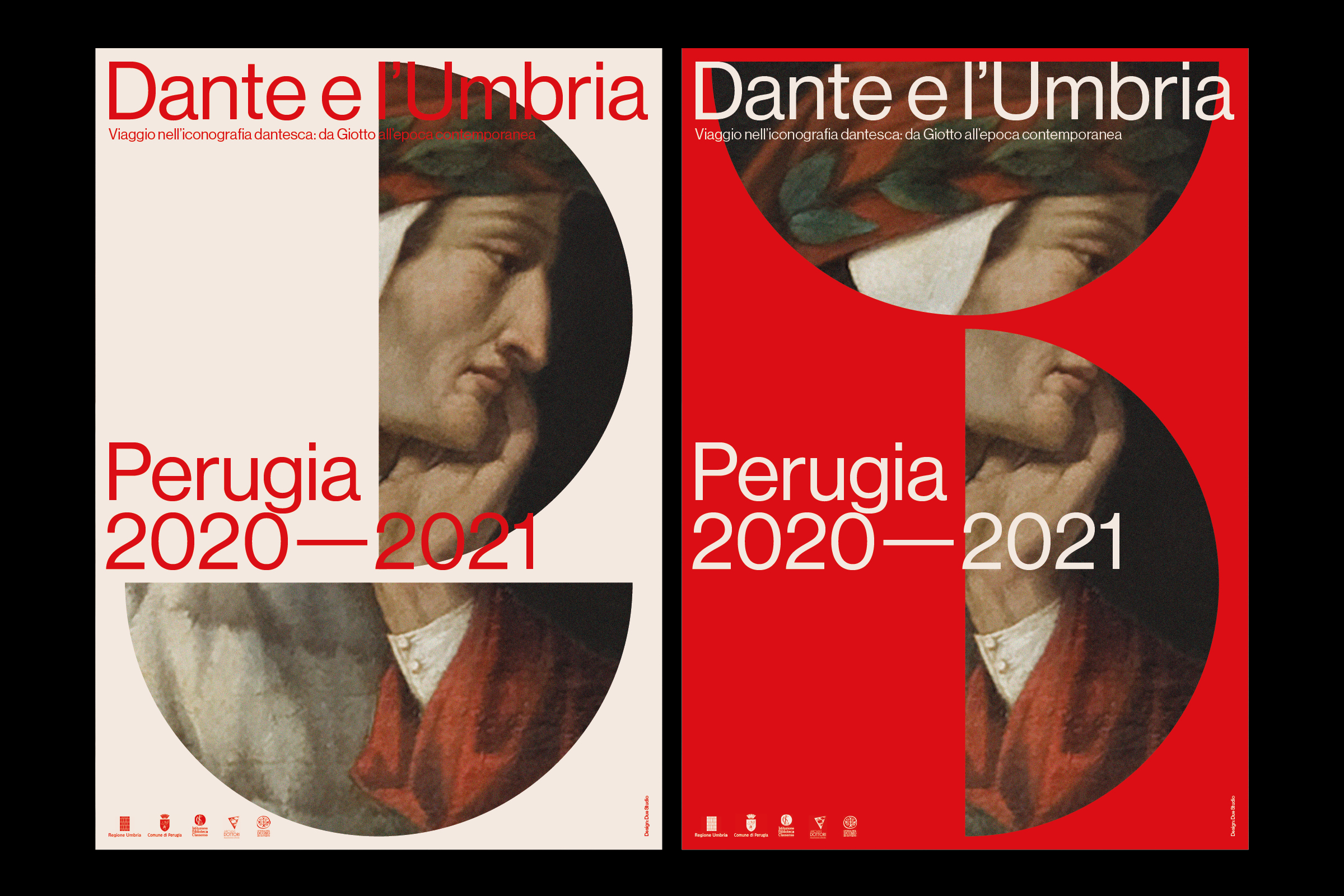 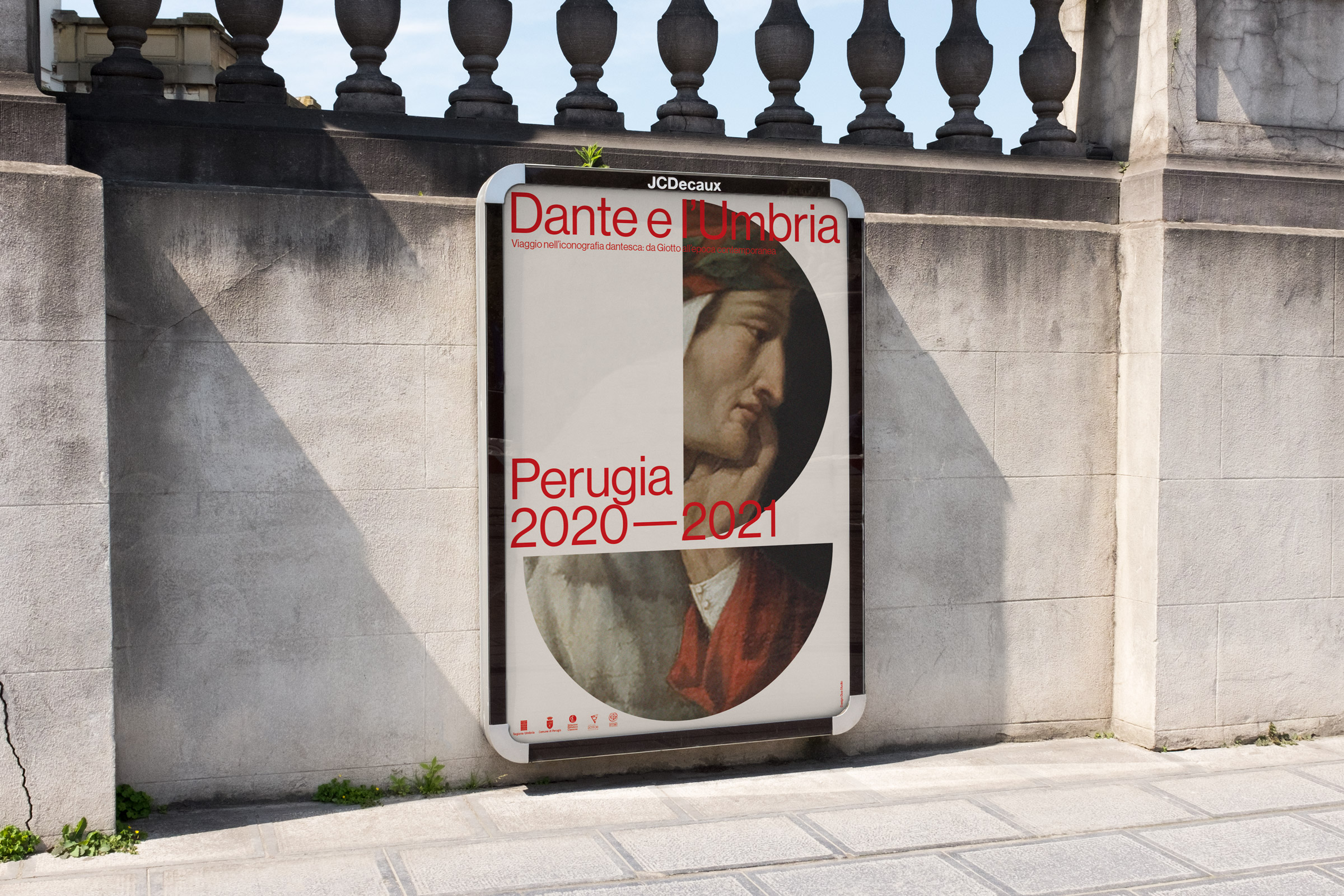 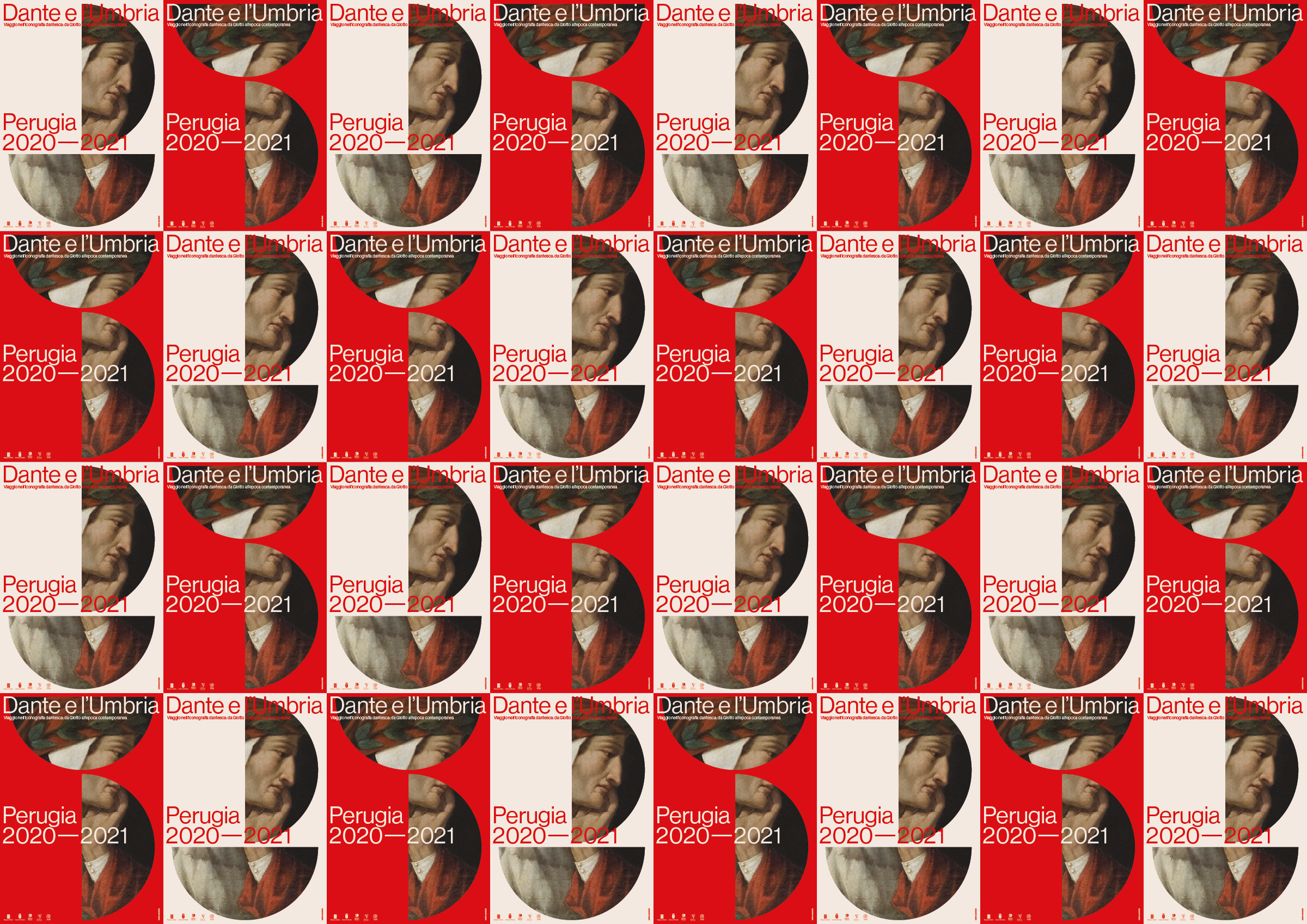 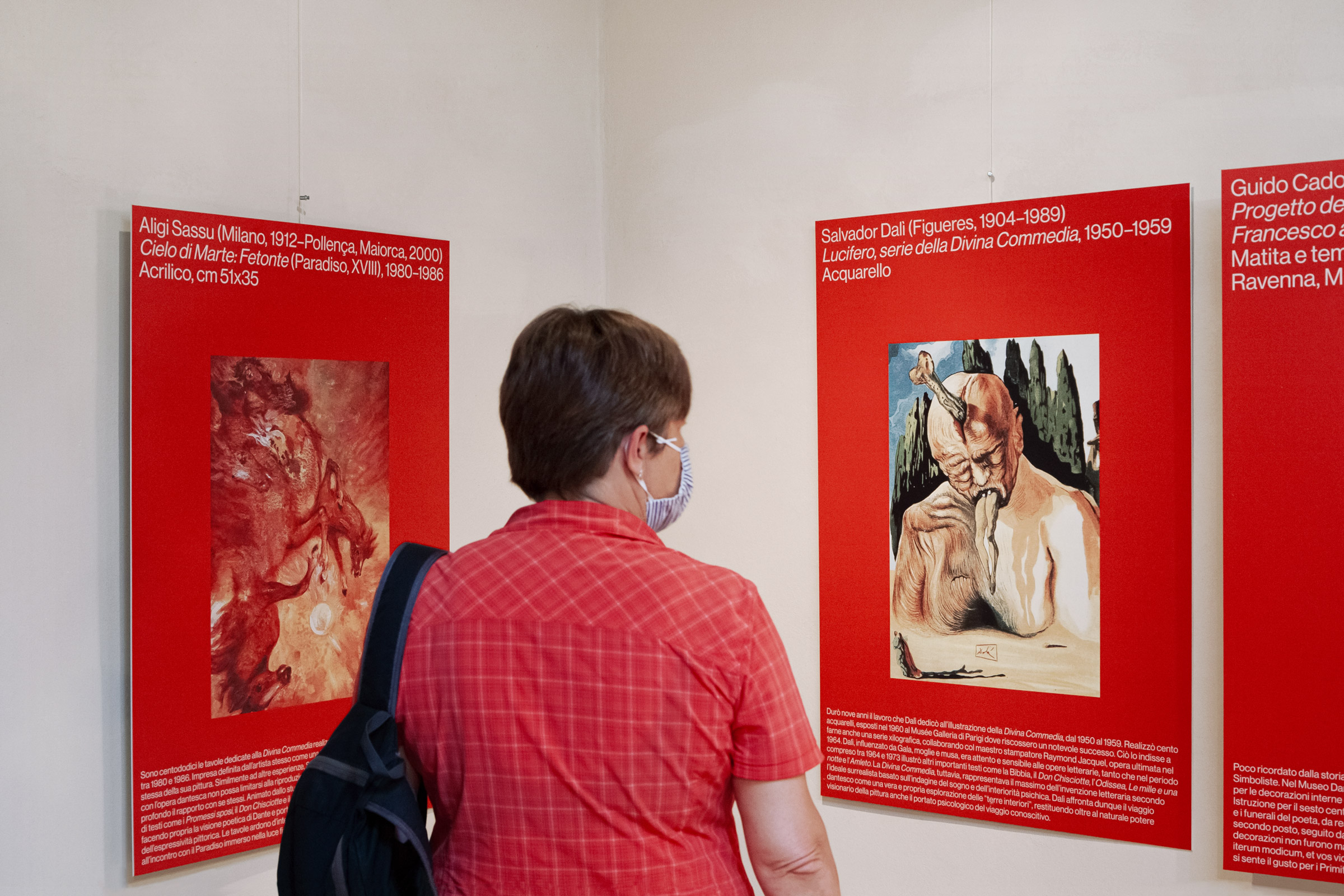 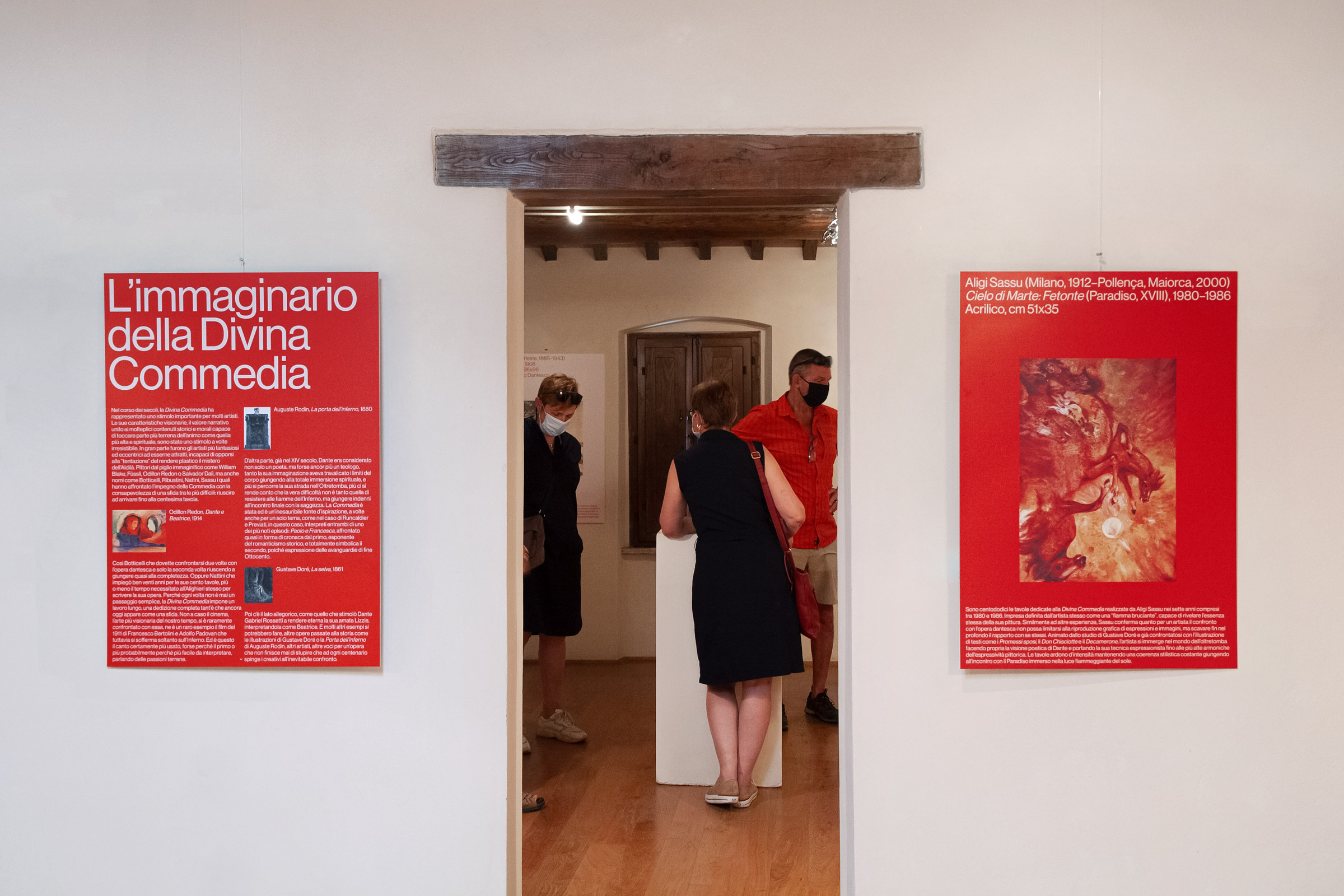 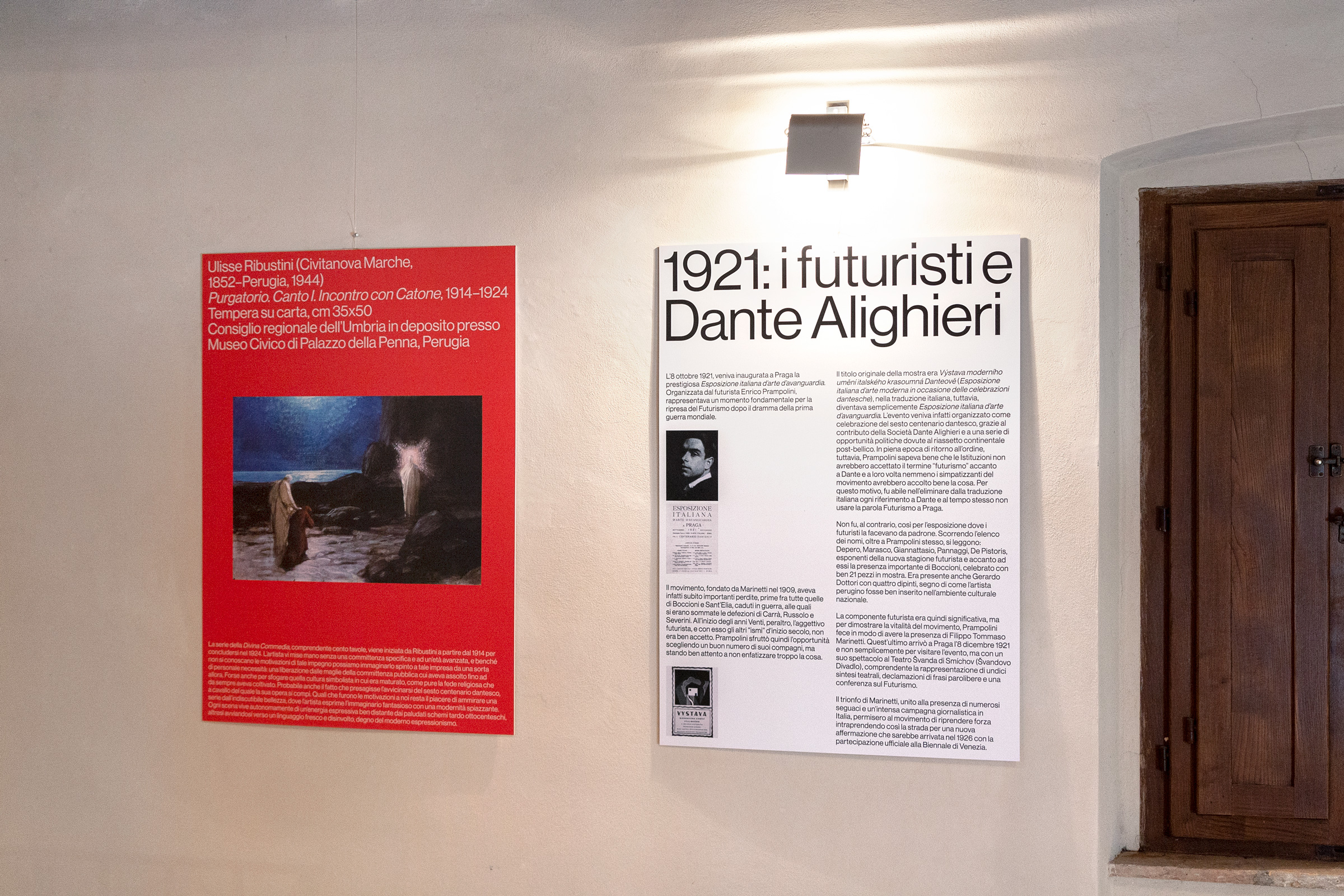 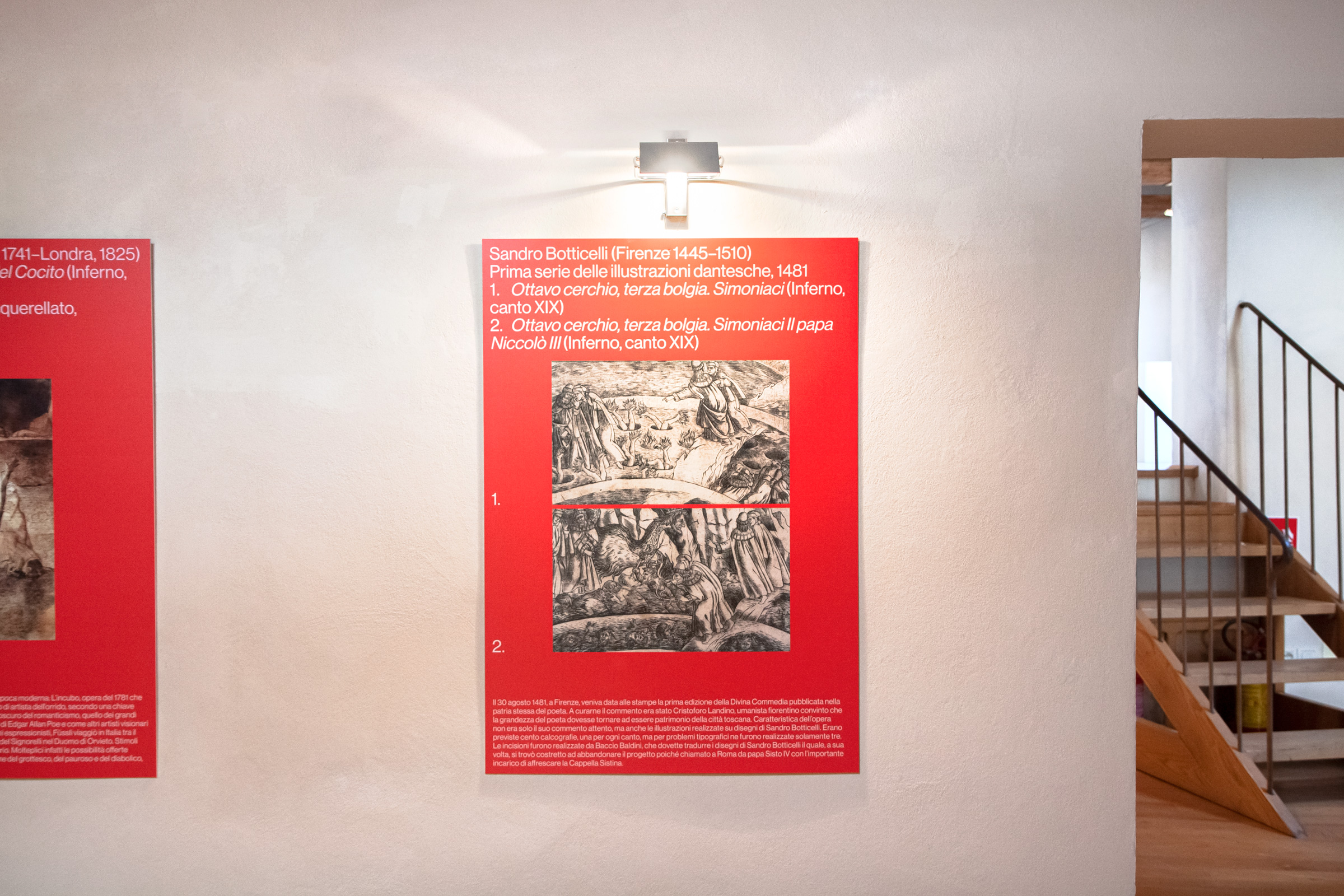 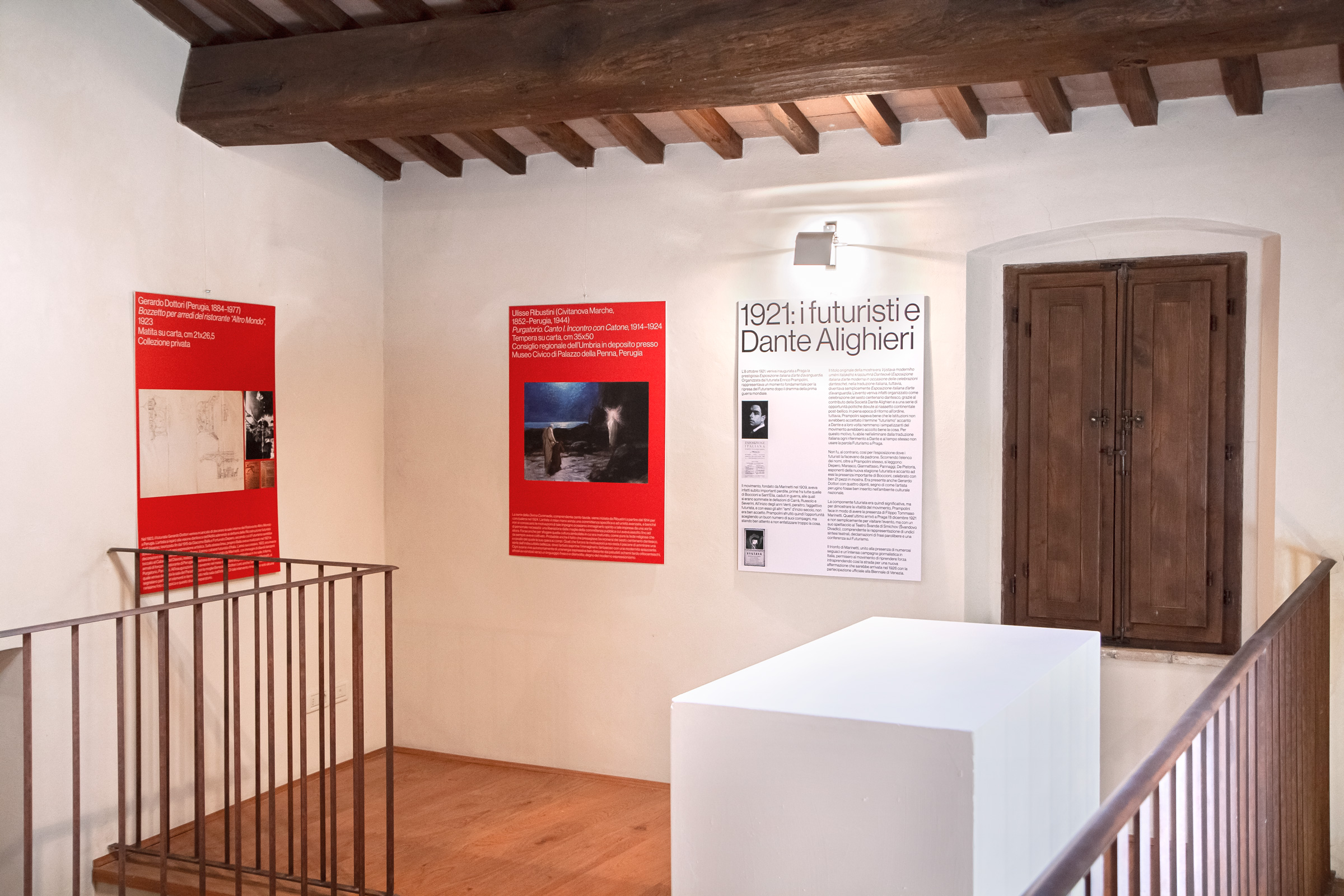 Visual communication and posters designed for Dante e l'Umbria exhibition about Dante's iconography from Giotto to our times that traces the artistic imagination that has characterized the figure of Alighieri over the centuries. The exhibition, curated by the Archivi Dottori, is divided into three sections. The face of Dante, traces the iconography linked to the depiction of the poet, through the first Giottesque expressions, passing through Raphael, Michelangelo, Signorelli and arriving at recent scientific studies on the anatomical reconstructions of Dante's true face. The Imaginary of the Divine Comedy, deals with Dante's work as an inexhaustible source of inspiration for numerous artists who have dealt with the visionary nature of the poetic text. The last section concerns Gerardo Dottori and Futurism examines the sketches of the 1923 Altromondo restaurant and the story that in 1921 saw the Futurist movement regain its vigor right after the celebrations of the sixth Dante's centenary.